In defence of free speech

United we chat; divided we shout at each other

I promised myself I would not write a post about the Charlottesville riots, the near universal condemnation of Donald Trump’s nuanced position and the taking down of Confederate-era statues. Yet a recent conversation has forced my figurative hand onto the keyboard. I’ll keep my promise nonetheless, by writing instead a post about free speech, and avoiding the specific reference to the recent events in Virginia.

In the conversation, I was accused of being a “white supremacist apologist”, a charge which I found hurtful not for its substance – which missed wide of the mark – but because I care deeply about the person who made it. It revealed to me on a personal level just how fraught are the fault lines that are emerging in this increasingly divided world, and the dangers they present for what I believe to be the finest part of Western culture – intellectual liberty. 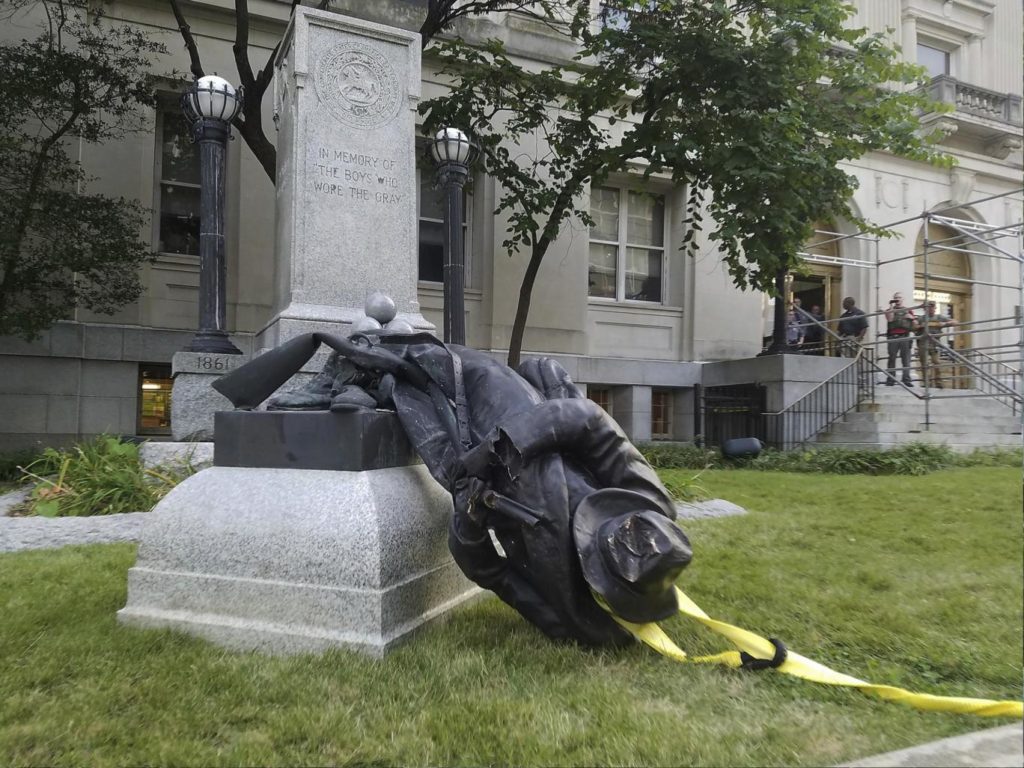 Tell me what I want to hear, or STFU

They say in war, truth is the first casualty. I think the first casualty is probably free speech. Wartime demands adherence to dogma. And for dogma to take hold, there must first be a climate in which dissent is not peacefully tolerated. Once dogma has control, it can structure the narrative in whatever way suits the agenda of those in power.

Against this it is often argued that free speech needs its limits. Indeed, the debate has been had in many forms and in many places. It’s not hard to put up a straw man which would appear to demonstrate that, after all, free speech must have its bounds: Shouting ‘fire’ in a crowded theatre; slander; incitement to violence.

Yet in the current climate, it is the principle of free speech that is at stake, not the precise definition of its ultimate boundaries. Guaranteeing the right to free speech, by definition, means accepting a person’s right to say things – not only with which you disagree – but which you find utterly morally repugnant. Just as you cannot make peace with anyone except your enemies, you cannot acknowledge the right to dissent from anyone except those with whom you disagree.

The principle of free speech comes to us from the Enlightenment, refined and perfected by the great liberal philosophers John Stuart Mill and Wilhelm von Humboldt.  In a nutshell, it’s predicated on a belief that truth is something we arrive at through reason, and that reason is a faculty which humans innately possess. It follows from this basic principle that allowing the vile and deceitful to speak freely is not, after all, dangerous. This is because no argument of theirs, if weak and untrue, presents much of a danger, provided its opponents are also at liberty to proffer the (strong and true) counterargument. Like the edit wars of a popular Wiki page, those who spot Elvis pumping gas on the outskirts of Reno will eventually be overruled through an iterative process of argumentation. The truth will ultimately prevail, or at least that which prevails has the best chance of being true.

The Age of Befuddlement is upon us

It saddens me that I should have to write a post like this. I would prefer to think that in the Western World – a place where mass education and universal literacy have existed for many decades – the principles of liberty and free speech would be universally accepted. To witness the barbaric hoards of left-wing dogmatists (I shall not call them ‘liberals’ for fear of making Mill turn in his grave) doxing, rioting and intimidating their opponents is not only saddening because of how self-defeating it is in terms of fighting racism, but also because it reveals their contempt for the greatest principle we have: Freedom of expression.