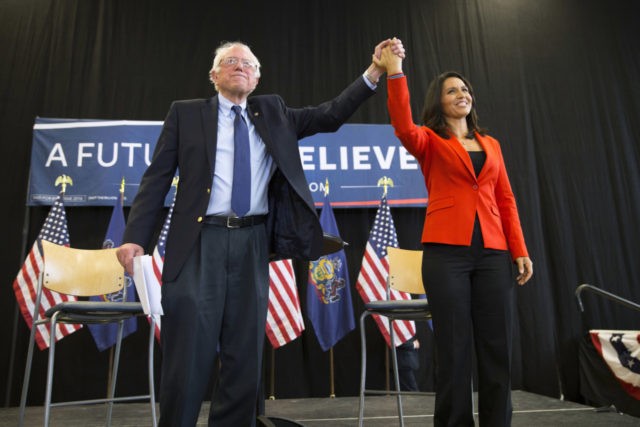 Turning and turning in a widening gyre

A conventional narrative among political commentators of our day has been one of increasing polarisation and a collapsing ‘middle’. In economics, leading international think-tanks like the OECD are writing reports with catchy titles like “Under Pressure: The Squeezed Middle Class“. In the media, pundits are falling over each other to predict the demise of the political centre.

And while the centre may indeed be under threat, there is little-to-no evidence of increased political polarisation. Across Europe, an unprecedented number of ‘grand coalitions’ have arisen in recent years, bringing traditionally opposed centre-right and centre-left parties into government together. While very recently there has been some weakening, the bigger picture is how remarkably stable this arrangement has proven. Meanwhile across the Pond, despite what social media outrage would have you believe, the extent of bipartisanship has been on a steady rise for almost a decade – spanning both Obama II and the Trump Administration. This should come as no surprise to anyone paying attention to how the American political system really works. The donor class tends to stick its fingers into both the Republican and the Democrat pies, in more or less equal measure. Party bickering is a useful tool to deflect public attention away from the real issues, but when it starts to impede on the business of the State, the interests are quick to take notice.

The worst lack all conviction

Yet there is a divide opening up, of another kind. I see it as the increasing disparity between the interests of the political class and those of the people they are supposed to serve . In this sense the ‘middle’ is, and has always been, a careful compromise between the public interest and the interests of those who represent the public. The fact that vested interests and lobbyists choose to buy favour among the political class is nothing new. It is how business gets done. What has changed is the extent to which those vested interests deviate from the public interest. As globalisation and increasing human population ratchet up the scale and reach of public policymaking, the stakes go up. The decisions of our day – on how to regulate corporations that are bigger than countries, on how to handle the migration of millions, on how to deal with climate change – are bigger than anything we have faced before. This means public policy matters more, and the size of the ‘middle’, the gap between the people and its representatives, is growing.

In America, the Democrats have traditionally positioned themselves closer to this space, but at least since the Obama Administration it has become piercingly clear to anyone watching that establishment Democrats have moved far, far away from the interests of ordinary people. The two-party system prevents them from experiencing an out-in-out decline, simply because there are no voting alternatives. Yet the fracturing witnessed among the base during the 2016 Presidential campaign had the same political effect. Since 2004, the percentage of Americans identifying as politically independent has been on a steady rise, and now outnumbers either Democrats or Republicans.

In Europe, the near universal decline of ‘centre’-left social democrat parties – once the parties of the masses – tells a similar tale of elites leaving their bases behind. The ‘centre’-right too has drifted away from its base; in Germany most notably through the policies of open immigration which the CDU Chancellor Merkel pursued in the teeth of public opposition.

Other issues foster latent resentment, such as the ever-expanding grasp of monopolies under the guise of intellectual property rights. Voters might not know exactly how political elites have allowed corporatists to privatise public ideas, but they can sense it. It feeds into a wider sense of social malaise.

But where the Establishment has abandoned the middle most evidently is in American military foreign policy. The consensus among ordinary Americans against funding rogue regimes like Saudi Arabia and getting stuck in endless, pointless regime-change wars like Afghanistan and Syria is as overwhelming as it is obvious. What is not as obvious is how political representatives fail to take any action: A bipartisan bill sponsored by Rand Paul to curb Presidential power in this respect and withdraw from Afghanistan has languished in the Senate since April. Why? Surely it is because the political elites are captured by a vested interest, this time the military industrial complex.

While the best are full of passionate intensity

In the face of this drift, the ‘collapse of the middle’ is the death of the convenant these traditional Establishment parties had with the public they only ever uneasily served. But others are moving quickly to fill the space, and the Establishment is quick to brand them with the now-tired dysphemism ‘populist’. Trump is commonly thought of as being in the vanguard of this new kind of populist. But in truth, he is only the loudest and most showmanlike of its outriders. In Eastern Europe, where the Establishment was less … established, populist leaders responded to the drift more quickly.

And on the political left, the wrangling over the 2020 Democratic party nomination shows this new divide quite clearly. On one side, the Establishment candidates, led by Joe Biden, Pete Buttigieg, Cory Booker, and … it would seem, Elizabeth Warren. They are backed by big donors but get only a lukewarm reception from the public. Against them the three anti-establishment candidates – the ‘populists’ if you will – of Bernie Sanders (with his vastly popular Medicare for All plan), Tulsi Gabbard (with her vastly popular End Regime-Change War platform) and Andrew Yang (with his vastly popular Universal Basic Income plan). They fight an almost endless battle against media smears and unfavourable coverage, relying on the internet for publicity and on small political donations from actual grassroots supporters for cold, hard cash. Since in this light, it’s wholly unsurprising that they are the candidates Trump voters are most likely to support if they decide to switch. After all, they are fellow ‘centrists’.

One does not have to look very long at history to guess which side will eventually come out on top. The Establishment, as it veers towards the extremes, will crack and fade and a new political middle will reform. It’s already happening. The pundits on television just don’t know it yet.