An honest debate on gender equality? Men are dying for it!

A gap by Any Other Name…

The official website for statistics of the European Union is called Eurostat. If you visit their website, and I highly suggest you do, you will find among the many interesting databases one for the Gender Pay Gap, which measures the difference in average gross hourly earnings between men and women for all European countries (and a few other places too). The message you’re supposed to get from this is that men get paid more than women for doing the same work.

This measure is more than just a statistic, it is a political construct. Despite the fact that it doesn’t really mean what people think it means, the GPG is much quoted in the media, by feminists and even by mainstream politicians. It helps that it has become a sort of catch-phrase, earning its very own capital letters. Because we all know that when a concept becomes capitalised, it Must Be True. And so misread, the Gap sparks outrage, even to the point of politicians passing rather draconian rules to try and level the playing field.

However, when you start to take a closer look at the Gender Pay Gap in its crude and unadjusted form, for instance by taking into account differences in risk-taking, career choices and hours worked, the difference in pay falls dramatically. And then there’s the fact that the measure tells us nothing about household income distribution. True, men often opt for longer hours (at higher pay) than women because they have wives back home to take care of the kids, but these same men are bound by custom and by the law to share their extra earnings with their families. The value of interhousehold transfers far exceeds the earnings gap, and you can see this by looking at this handy spousal maintenance calculator, which tells us that when it comes to the divorce, a man in the UK earning £40,000 a year will be due to pay his wife, if she earns £30,000 a year, £5,000/year in maintenance. That difference wipes away the benefits he might be getting from the Gap in one fell swoop.

Another way of seeing this is by looking at differences in net disposable household income by gender (which pools household income, and takes into account the value of taxes, and transfers received from the government – in this way we can compare, say, a single female householder to her married male colleague who has two kids to support). This gap is much smaller than the GPG would suggest, and among younger households it is almost zero.

But don’t take my word for the fact that the Gap is meaningless. Consider the view of one group who rarely consider any ideology beyond the Almighty Dollar: Capitalists. Here we see that market researchers are not fooled by the policy bias. They know that women make up 85% of all consumers. Sure, a lot of this is spent on stuff for the family, but even for the pure luxury good market – leisure activities, fancy clothes, dining out, perfumes and chocolate – the gender bias is evident: Men earn the money, but women spend it. 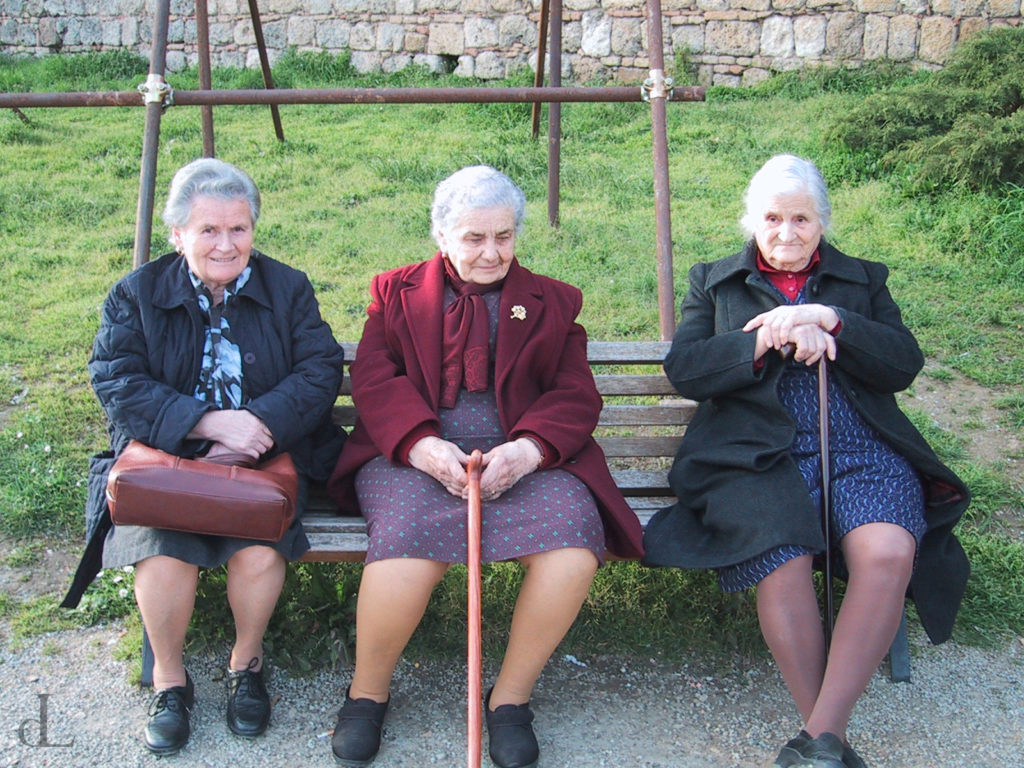 Feminists love to point out that older women are more likely to suffer poverty than older men. They rarely mention it’s because their male counterparts are already dead.

Yet that somehow doesn’t slow the narrative, nor dampen the outrage. The feminist policy lobby argues that even when you control for hours worked, career choices and risks taken, a Gender Pay Gap remains (admittedly then much smaller) . And this, they exclaim, is pure discrimination, and must be stomped out by all means necessary.

If you were to suggest the remaining gap can be explained by men – high on testosterone – being simply better at competing in high-value, high-stress work environments, you would be branded a male chauvinist pig. Fearful of this kind of branding, I’ll not dare to suggest such a thing myself.

Check your privilege, and then man the hell up!

Yet weirdly, testosterone is exactly the explanation which is tossed about whenever it comes time to discuss a far more pressing, far clearer gender discrepancy – the gap in mortality between women and men. Here, it is the very risk-taking which leads to higher rates of occupational accidents, which in turn kill off men at a faster rate than women. In other words, if a man takes risks and dies for it, he has only his toxic masculinity to blame. If he takes risks and gets paid more for it: INJUSTICE!

The Gender Mortality Gap is, as far as I can tell, a phrase coined by me. Normally I’m proud of being able to claim credit for stuff, but in this case I find it alarming that the most obvious, most enduring gender injustice on the planet needs a third-rate occasional blogger like me to invent its catch-phrase. No entry in Eurostat. No Barack Obama waxing lyrical about giving our men back their lives, from behind the Presidential pulpit. Just a guy with a receding hairline and a WordPress site.

Only the men die young

Yet the GMG is real. Though Eurostat doesn’t have a special table for it like for the Gender Pay Gap, but you can still go to their website and calculate the difference in average life expectancy for women and men: For the EU as a whole, the GMG for newborns is 5.4 years, though it varies from 3.3 in the Netherlands to 4.8 in Germany; 6.3 in France; and as high as 10.5 in Lithuania (the US is close to this higher number too). And unlike the figures for hourly pay, which don’t take into account self-employment or black market earnings, statistics on death are among the most reliable we have. There is no trickery here: If you’ve had the misfortune to be born with a penis, you’re probably going to die 5 years younger than your twin sister.

So while the policy world is busy imagining ways to force the free market to pay women more, nobody is asking about what policies are needed to help men live longer. Fortunately there is a clear answer: Spend more money on public health, preventative and curative healthcare for men. The imperative to do so is all the more striking when we consider the fact that men, as the majority taxpayers in countries that publicly fund universal health systems, don’t even get an equal share of the treatments they are shelling out for. The statistics are scant, but the OECD reckons that €1.12 is spent on women’s healthcare for every Euro spent on men’s (this excludes the cost of reproductive treatments such as maternity, pre- and post-natal care).